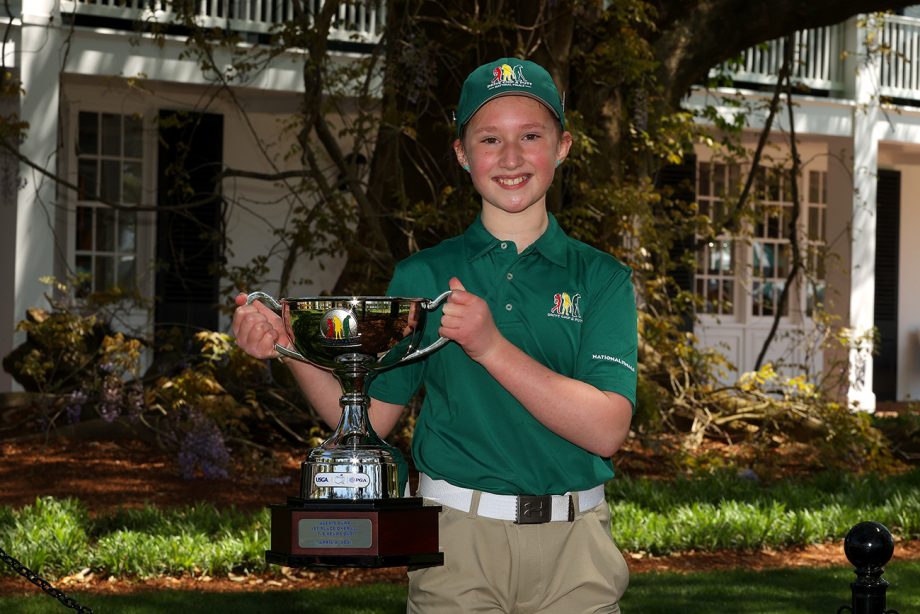 AUGUSTA, Ga – Canadian girls continued their success at the Drive, Chip and Putt Championship once again on Sunday with a victory from Cambridge, Ont., native Alexis Card.

Card, 8, won the girls 7-9 division with a total of 23 points for a two-point victory over fellow Canadian Anna Wu of Victoria, B.C. Card impressed getting full points in both the driving and putting categories (10) while rounding it out with three points at the chipping station.

It was Wu stole the show at the chipping station, chipping one in and giving off a memorable reaction which caught the attention of star Phil Mickelson.

With the win, Card becomes the fourth Canadian (all females) to win a Drive, Chip and Putt title in as many years. Savannah Grewal (Mississauga, Ont.) won in 2017, followed by Vanessa Borovilos (Toronto) in 2018 and Nicole Gal (Oakville, Ont.) in 2019.

Cole Roberts of Oshawa, Ont., was the lone male to play in the event, finishing in 7th place in the boys 7-9 division.