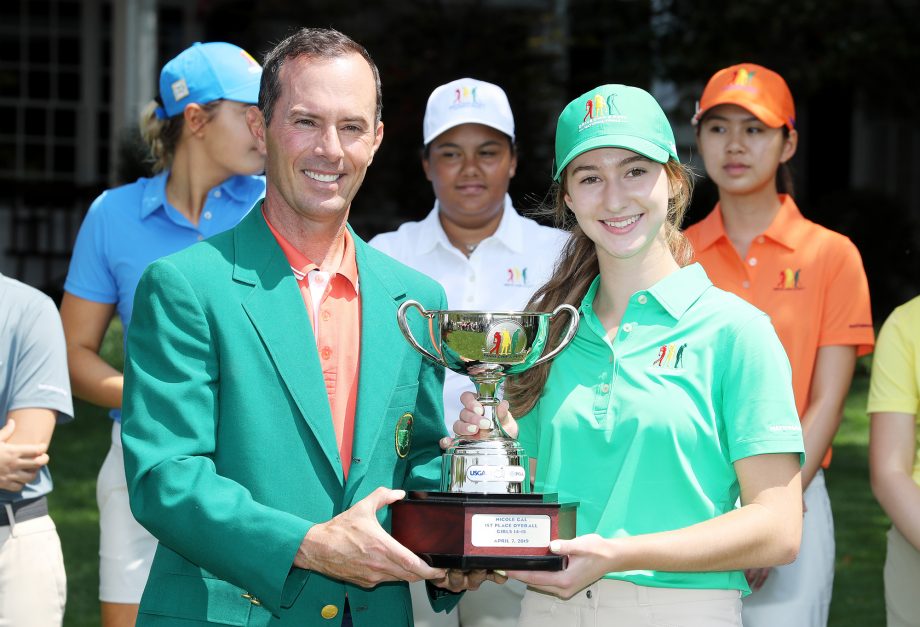 AUGUSTA, Ga. – The Canadian streak at the Drive, Chip and Putt championship continues with a victory from Oakville, Ont., native Nicole Gal.

Gal, 15, won the Girls’ 14-15 age division by a one-point margin, finishing with 23 points total to edge out the competition. Gal collected the most points at the driving portion, nabbing nine out of a possible 10 points, followed by eight at chipping and six at driving.

Canada is so proud! ?? pic.twitter.com/VrdrU6nRNi

This is the third Drive, Chip and Putt title for Canada—Vanessa Borovilos won her division in 2018 and Savannah Grewal captured Canada’s first title in 2017.

Nicole Gal, your #DriveChipPutt CHAMPION in the girls 14-15 division ??? – The win is Canada’s third title in the event (Savannah Grewal, Vanessa Borovilos) ?? – ? @drivechipandputt