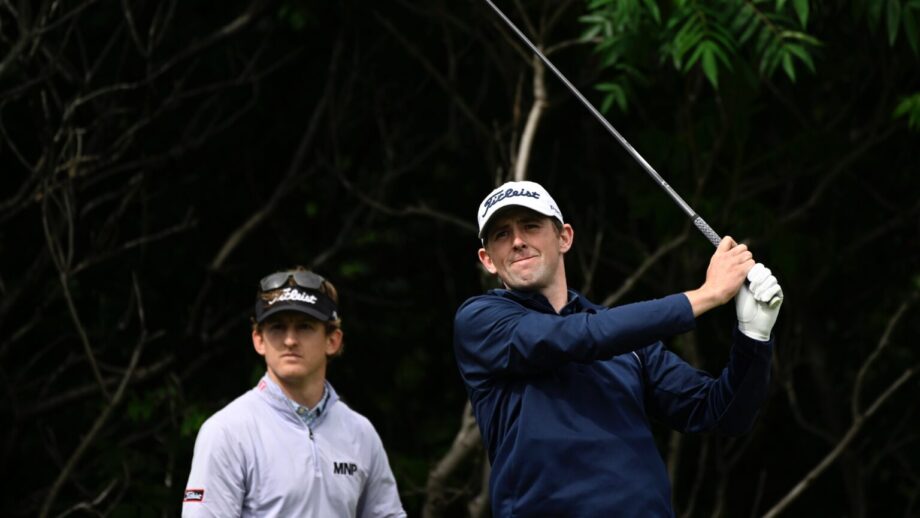 Myles Creighton has always wanted to wear the Maple Leaf on his golf gear. Now that he can as a member of Golf Canada’s young pro squad, he’s having a career season.

The product of Digby, N.S., was named to the national sports organization’s roster in mid-March and has proudly represented Canada on the PGA Tour _ Latinoamerica since. He’s the highest ranked Canadian heading into the third-tier tour’s championship tour this week and the highest ranked golfer from the Maritimes on any tour.

“I take huge pride in representing that part of the country and Canada in general,” said the 26-year-old Creighton. “I’ve always wanted to be on Team Canada’s growing up and I was just shy in junior golf and just left off the team in amateur golf.

“That’s something that’s been really cool for me this year just to have the Golf Canada logo on all my shirts and all my golf bag and stuff.”

Creighton is 32nd in the TotalPlay Cup rankings, dropping two spots after taking two weeks off Latinoamerica for the RBC Canadian Open in Toronto and a week of vacation. That ranking makes him the only Canadian in the field this week at the Bupa Tour Championship at PGA Riviera Maya in Tulum, Mexico.

“I love this golf course. I’ve been looking forward to playing it all year,” said Creighton, who noted that the fairway. “I’m just going to try and play my best but I feel like this is a great course for me.”

He’s had two top-10 finishes on tour this season, tying for ninth at the JHSF Aberto do Brasil on May 24 and then tying for third at the Jalisco Open on May 29. He also tied for 19th twice this season.

“I know that I can win on this tour,” said Creighton, who is targeting a card on the Korn Ferry Tour. “I would love to win this event it would do a lot for me because it’s an increased amount of points and 600 points. It could get me in the top 10.”

Creighton’s season won’t end at the Bupa Tour Championship, as he intends to return to the Maritimes and compete in the Prince Edward Island Open on the PGA Tour Canada. That event begins on June 30 at Dundarave Golf Club in Cardigan, P.E.I.

“I was really looking forward to it because my family is going to come up and I was going to get the chance to see them,” said Creighton. “I was able to see them at the Canadian Open, which was great, but they’re still going to come out so it’ll be a great week.’