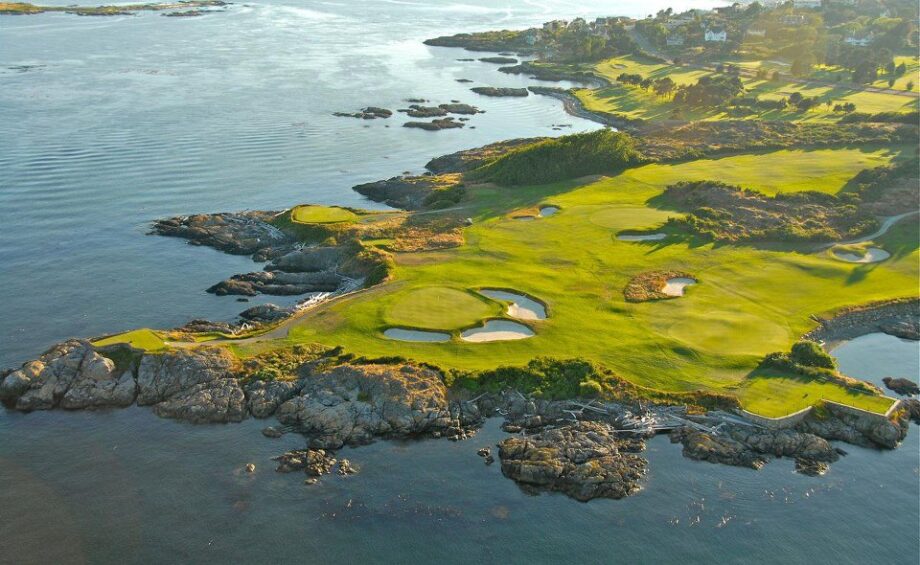 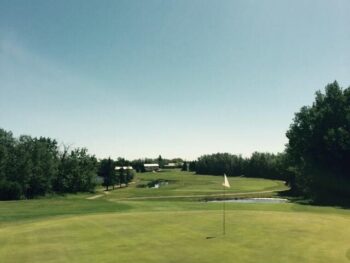 Before Europeans arrived, Aboriginal peoples camped on the lake’s eastern shore. One winter, seven hunters camped there for the night. In the morning, they looked out across the lake and spied the magnificent head and antlers of a deer caught in the ice. 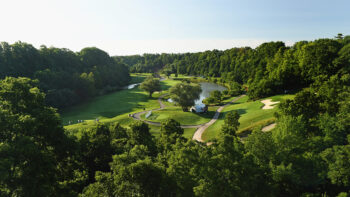 The original building on the property was built in 1937 by a mining engineer as his weekend retreat. The engineer, Andre Dorfman, was a leading figure in the Canadian mining industry at the time.

The mansion is a good example of the stately homes built in Oakville in the early twentieth century. It is constructed of stone with a red clay tile roof and features a wood-lined library on the second floor. Originally known as RayDor Estate House, the building has been designated as a heritage property. Prior to 1975 it served as the golf course’s clubhouse and currently is currently being leased out by ClubLink, the property owners.

The ghost in the old mansion is said to be male, and eyewitnesses agree it resembles a Jesuit father. 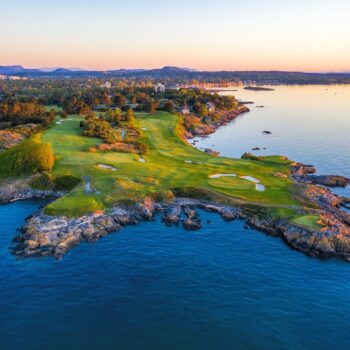 Like Haunted Lakes, the Victoria Golf Club may be haunted by early inhabitants. One researcher suggests some of its phantoms may be the souls of native warriors killed in battle centuries ago. However, these spirits pale beside the club’s other resident, the late Doris Gravlin, possibly Victoria’s most famous ghost.

Thomson was born in Blackburn, Lancashire in 1906 and immigrated to Canada with her parents. The Thomson family settled in Victoria where Doris’s mother worked at a private hospital. Doris became a nurse as well, until 1930 when she married Victor Gravlin.

Gossip maintained that Victor had escaped. But they were wrong.

One month later a fisherman found Victor’s body floating in the kelp beds off the ninth fairway. A length of rope was found in his coat pocket, along with Doris’s missing attire. The police concluded he had murdered his wife then committed suicide by walking into the water.

“Typical manifestations are a fast-moving figure in white, a feeling of doom, a cold wind and a globe of spectral light,” added Adams. “Doris also plays havoc with motorists along Beach Drive, sometimes flying through open windows and even penetrating windshields as a cold mist.” 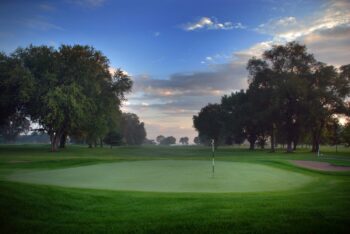 Charming little Niagara-on-the-Lake in Southern Ontario is often referred to as Canada’s most haunted town. It therefore comes as no surprise that Niagara-on-the-Lake Golf Club, with its 145+ year history, would be just as populated with ghost stories as the town is with visitors.

Located toward the back of the scenic course you’ll find Fort Mississauga – a defensive structure built after the War of 1812 to defend against the nearby American Fort Niagara. While the Fort was garrisoned until 1826, rearmed after the Rebellion of 1837, and manned during tense periods of the American Civil War, it never saw battle. However, the structure was erected using salvaged pieces from an old lighthouse and bricks from the crumbling Fort George which could perhaps account paranormal activity surrounding the historic site.

It is said that sounds of violence can be heard issuing from the Fort and multiple accounts have reported a man yelling in pain from within the structure. A young soldier even confided to his journal in 1871 that he and another officer saw a tall, gliding figure in a black robe while on watch one evening.

Fort Mississauga is now a National Historic Site and serves as a striking reminder to golfers that the land they putt on is steeped in history. 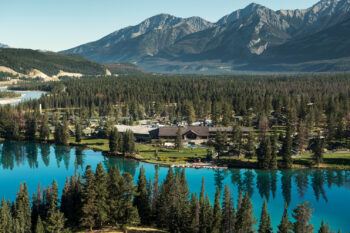 At Jasper Park Golf Course in Jasper, Alta. you’re more likely to come across a wandering elk than a wayward spirit. Still, a medley of ghostly characters have scared their way into the lore surrounding this jewel in the Canadian Rockies.

Construction for the resort property began in 1921 with renowned course architect Stanley Thompson joining the project in 1924. It took 50 teams of horses and 200 men before Thompson’s design became a reality and opened to the public in 1925.

As far as ghost stories go, past staff suggest that the clubhouse – particularly the kitchen – is frequented by spirits moving objects or banging pots. Multiple witnesses claim to have encountered an elderly woman who mysteriously vanishes when spoken to, and there’s even said to be a photo of her hanging outside the restaurant.

Another spooky story involves Point Cabin where a young maid took a tumble down the stairs and broke her neck. To this day her spirit is said to slam doors, turn lights off and appear to unsuspecting guests.