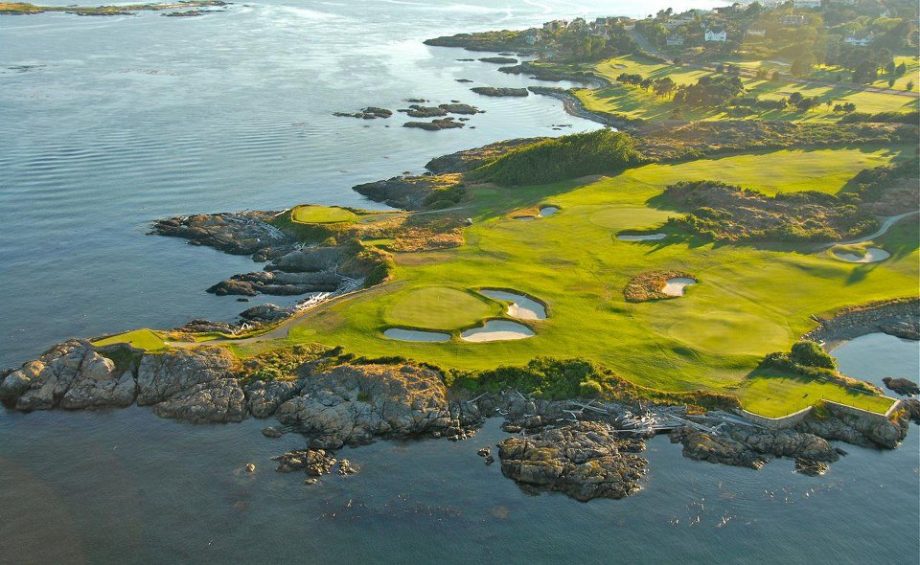 Before Europeans arrived, native groups camped on the lake’s eastern shore. One winter, seven hunters camped there for the night. In the morning, they looked out across the lake and spied the magnificent head and antlers of a deer caught in the ice.

The story says there is a house on the property which was built in 1937 by a mining engineer as his weekend retreat. The engineer, Andre Dorfman, was a leading figure in the Canadian mining industry at the time.

The mansion is a good example of the stately homes built in Oakville in the early twentieth century. It is constructed of stone with a red clay tile roof and features a wood-lined library on the second floor. Originally known as RayDor Estate House, the building has been designated as a heritage property. Prior to 1975 it served as the golf course’s clubhouse and currently is home to an investment company.

The ghost in the old mansion is said to be male, and eyewitnesses agree that it resembles a Jesuit father.

Like Haunted Lakes, the Victoria Golf Club may be haunted by early aboriginal inhabitants. One researcher suggests that some of its phantoms may be the souls of native warriors killed in battle centuries ago. However, these spirits pale beside the club’s other resident, the late Doris Gravlin, possibly Victoria’s most famous ghost.

John Adams is an expert on Doris, as she’s affectionately called by locals. A historian and author, Adams is best known as the proprietor of the “Ghostly Walks” tour, which explores historic courtyards and spooky places where spirits like Doris make their presence known.

“Doris Thomson was born in Blackburn, Lancashire in 1906 and immigrated to Canada with her parents,” recounts Adams. The Thomson family settled in Victoria where Doris’s mother worked at a private hospital. Doris became a nurse as well, until 1930 when she married Victor Gravlin.

“When her husband began to drink heavily, Doris left him,” explains Adams, adding that Doris found work as a private live-in nurse.

Gossips maintained that Victor had escaped. But they were wrong.

“One month later a fisherman found Victor’s body floating in the kelp beds off the ninth fairway,” describes Adams. “A length of rope was found in his coat pocket, along with Doris’s missing attire. The police concluded he had murdered his wife then committed suicide by walking into the water.”

“Typical manifestations are a fast-moving figure in white, a feeling of doom, a cold wind and a globe of spectral light,” says Adams. “Doris also plays havoc with motorists along Beach Drive, sometimes flying through open windows and even penetrating windshields as a cold mist.”