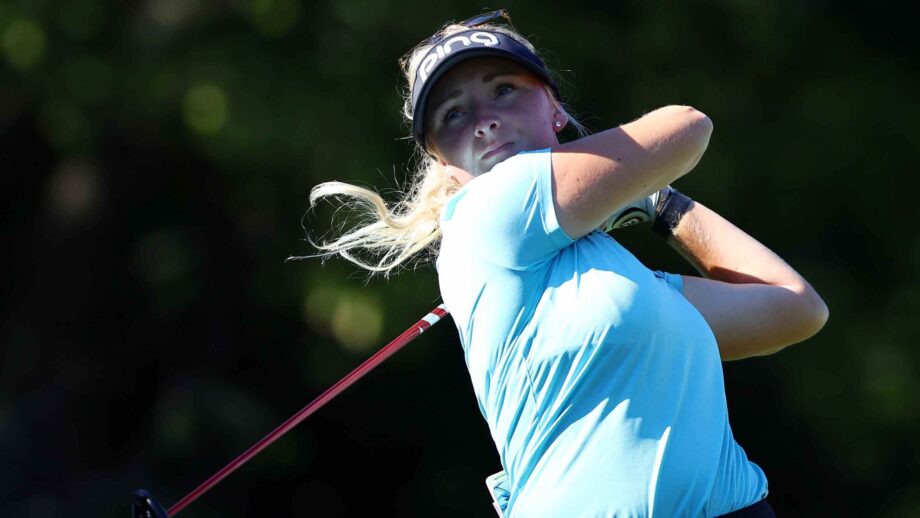 OTTAWA, CANADA - AUGUST 28: Maddie Szeryk of Canada hits her tee shot on the 2nd hole during the final round of the CP Women's Open at Ottawa Hunt and Golf Club on August 28, 2022 in Ottawa, Ontario, Canada. (Photo by Vaughn Ridley/Getty Images)
Golf New Brunswick

OTTAWA – Canada’s Maddie Szeryk has proven to herself that she can compete on the LPGA Tour.

Szeryk, from London, Ont., had her best-ever performance on the world’s top women’s golf circuit this past week, finishing in a tie for 26th at the CP Women’s Open. She closed out the national championship with an even-par 71 at Ottawa Hunt and Golf Club on Sunday to finish at 9 under overall.

“It’s really special. I definitely got a little choked up on No. 18, just the crowd and everyone coming out and being so supportive,” said Szeryk, steps away from the grandstand surrounding the course’s final hole. “It was really special.”

The 26-year-old Szeryk missed the cut at six consecutive tournaments to start her first full season on the LPGA Tour. She and partner Kristy McPherson of the United States tied for 36th at Dow Great Lakes Bay Invitational on July 13, earning her US$$4,841 in winnings.

She earned more than quadruple that at the CP Women’s Open, taking home $19,701.

“I was hoping for a few more birdies, but overall it was a great week,” said Szeryk. “I’m really, really happy with the result.

“It was just awesome to have such a good week at the CP Women’s Open.”

Szeryk turned professional in 2018 and tied for 35th in the LPGA Q-Series to earn a tour card this season. Her showing at the CP Women’s Open will lift her from 184th to 158th in the Race to the CME Globe standings and opens up new opportunities to maintain her tour status.

She’ll be in the field at next week’s Dana Open at Highland Meadows Golf Club in Sylvania, Ohio, and will play in the rest of September’s events as well.

“It’s very nice because it’s a been a lot of last-minute trips this year,” said Szeryk. “At least I know the next few and I can go from there.”

Hamilton’s Alena Sharp (67) earned the third Sandra Post Award of her career as the low Canadian at the national championship, tying for 17th at 10 under. Like Szeryk, the 41-year-old Sharp said it will be a benefit to her and may help her avoid having to re-qualify for the LPGA Tour.

“When I do make the cut at the Canadian Open I usually do pretty well, so it was nice to have a good finish here,” said Sharp. “That’ll definitely get me into Q-Series, the last stage, so I don’t have to do Q-II, so that’s a huge thing, too.

“Hopefully I can keep this momentum going and I don’t have to even do that.”