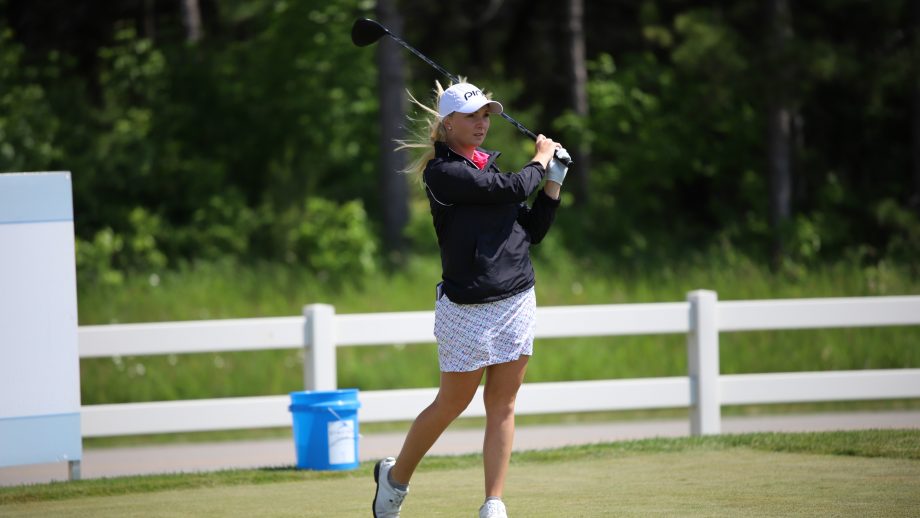 HARRIS, Mich. – Maddie Szeryk of London, Ont. fired three rounds in the 60s, finishing in a tie for fourth place at the Island Resort Championship on Sunday.

The Team Canada Young Pro Squad member was the only competitor at the event to shoot all three of her rounds in the 60s at Sweetgrass Golf Club, finishing two strokes back of champion Daniela Iacobelli. It was Szeryk’s third top-five finish in his last four starts on the Symetra Tour.

It took 55 holes, but Iacobelli captured her third career Symetra Tour victory with a birdie in the first frame of a sudden-death playoff against Cindy Ha.

Each of Iacobelli’s three wins have come after she missed the cut the week prior.

“It feels good, there are a lot of memories here and this will just add to the list,” said Iacobelli, who also captured the 2012 Symetra Tour Championship and 2015 Tullymore Classic titles. “I think I just get a little upset with myself and come into the next tournament guns blazing.”

When the final round started at Sweetgrass Golf Club, Iacobelli was tied for 13th and looking at a six-stroke deficit. A bogey-free, 7-under par 65 moved the Florida Institute of Technology alumna quickly up the leaderboard.

“Started quick with birdie on the first three and made the turn in 5-under,” said Iacobelli, who finished at 11-under par overall. “I was like, ‘Ok, let’s step on the gas pedal,’ but the wind picked up a little bit and just tried not to make mistakes. The putter was hot this week, which is crazy since I switched grips on Wednesday. The 18th hole, I’m glad the wind was blowing the way it was because I only know how to play it as a two-shot hole. That was a bit advantageous.”

“I’m excited, never been to France and looking forward to it,” Iacobelli said. “Get to experience another moment of my career, I can’t wait. That is for sure the crazier part of all this.”