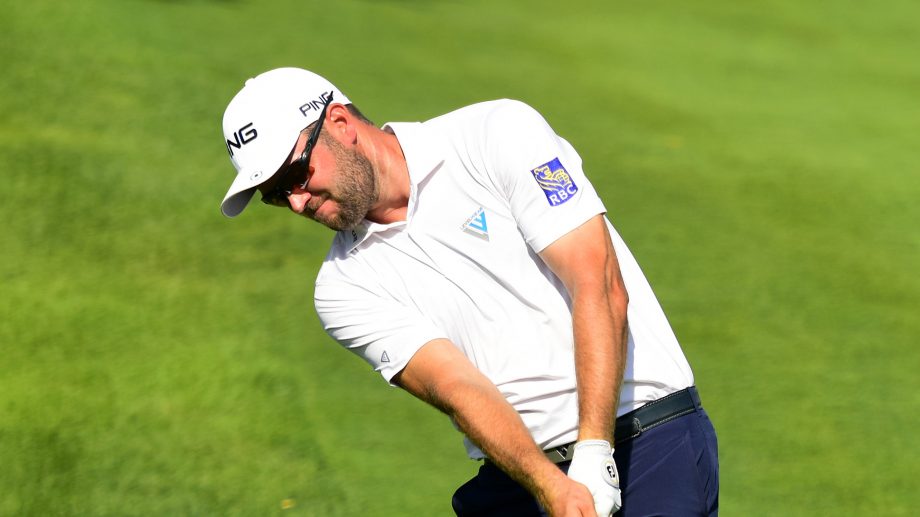 JERSEY CITY, NEW JERSEY - AUGUST 08: Corey Conners of Canada plays a shot on the fifth fairway during the first round of The Northern Trust at Liberty National Golf Club on August 08, 2019 in Jersey City, New Jersey. (Photo by Jared C. Tilton/Getty Images)

While signing autographs at the 2018 Valero Texas Open, Corey Conners told a group of young fans he’d give away his hat to the first person that could say what his name was. It was a contest without a winner.

That will change next year when Conners, of Listowel, Ont., returns to the Texas Open as the defending champion. His first career PGA Tour win came at the April event and was the highlight of the year for Canada’s top male golfer last season.

“The win is something that’s such a huge deal. You always wonder if it’s possible,” Conners said in a phone interview from West Palm Beach, Fla. “It’s not easy to win. You have to be a great player and have a special week. There are a lot of things that have to add up to give yourself chances to win.”

Conners was the only Canadian to make the season-ending Tour Championship on the PGA Tour, which ended Sunday. In 28 events this season Conners had four top-10 finishes and earned nearly US$3-million on the course. He finished 26th on the FedEx Cup standings.

By getting to the final event of the season – the Tour Championship features only the top 30 golfers in the FedEx Cup – Conners earned an automatic berth in the Masters, U.S. Open, and British Open next year.

Although he doesn’t qualify immediately for the PGA Championship, it’s likely he’ll earn a spot in that field as well. In all, Conners had one of the most successful Canadian seasons on the PGA Tour in recent memory.

“Last week (at the Tour Championship) we had some delays so a lot of guys were just hanging around. The company I had, it was kind of like, ‘Holy. I belong with these guys?’ It was pretty cool,” Conners said.

There are 10 events coming up in the fall portion of the 2019-20 PGA Tour schedule, which starts next week, and Conners said his focus has shifted towards making the Presidents Cup team.

Conners said he’s still not sure what his strategy for playing this fall would be. He could either play a lot and try to earn points every time he tees it up, he said, or rest and just play a few tournaments while hoping for very solid finishes instead.

Although Adam Hadwin is higher in the official world golf ranking , Conners had the better season. Conners is hopeful Presidents Cup International team captain Ernie Els will use one of his captain’s picks on him.

Canadian Mike Weir is one of Els’ assistant captains, and Conners had a call with Weir this week to chat about a potential position on the squad.

Although Conners would be a rookie on the team, his ball-striking prowess would make him an asset. He led the PGA Tour in greens in regulation percentage this year and was near the top of a handful of other key ball-striking categories.

“I take pride in things like that,” Conners said.

While his ball striking was world class, his short game was something he said he’ll be working hard on this off-season. For all the accolades for his iron play, he was near the bottom of the PGA Tour when it came to putting.

“The weeks I played well were the weeks I putted average, maybe a little better. I had a couple of really good putting weeks, but some big inconsistencies there,” he said. “The putter let me down a lot.”

Putting aside, Conners did everything else right this year – well, almost. He married his wife Malory in October and it’s been a whirlwind of travel ever since, so they haven’t yet had a honeymoon.

Conners isn’t sure when they’ll be able to go on one – the Presidents Cup is in Australia in mid-December, so they might try for something around then – but he knows he needs to make it happen soon.

“She’s a bit rattled with me not exactly knowing my schedule,” Conners said with a laugh. “But I definitely owe it to her. She’s been a big supporter and has held off pretty long.”

The PGA Tour’s 2019-20 season kicks off at A Military Tribute at The Greenbrier on September 12 and Conners will be one of six Canadians with full PGA Tour status for next year including Hadwin and Nick Taylor, both of Abbotsford, B.C., Mackenzie Hughes of Dundas, Ont., Roger Sloan of Merritt, B.C., and Michael Gligic of Burlington, Ont.

David Hearn of Brantford, Ont., Adam Svensson of Surrey, B.C., and Ben Silverman of Thornhill, Ont., will have partial status, while it is expected Graham DeLaet of Weyburn, Sask., will return from taking all last year off due to injury.