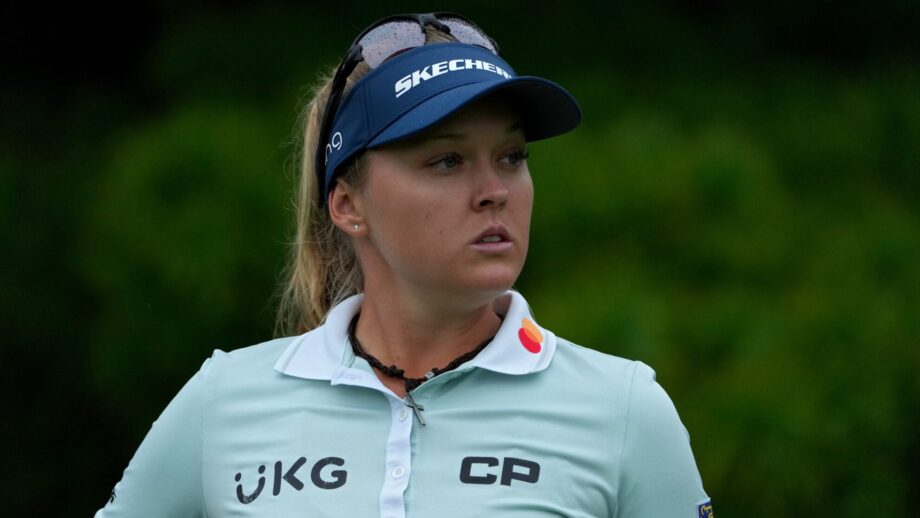 CINCINNATI, OHIO - SEPTEMBER 11: Brooke Henderson of Canada looks on from the fifth tee during the final round of the Kroger Queen City Championship presented by P&G at Kenwood Country Club on September 11, 2022 in Cincinnati, Ohio. (Photo by Dylan Buell/Getty Images)
Golf New Brunswick

NAPLES, Fla. – Canada’s Brooke Henderson is planning to tough it out for the final event of the LPGA Tour season.

Henderson offered no explanation when she withdrew from the Pelican Women’s Championship on Saturday.

But the native of Smiths Falls, Ont., said on Tuesday that it was an upper-back injury.

She issued a statement explaining the withdrawal and saying she planned to rest as much as possible but still compete in the CME Group Tour Championship.

Henderson is fourth among money earners on the LPGA Tour and sixth on the world rankings.

The 25-year-old Henderson won twice this season, winning at the ShopRite LPGA Classic on June 12 and then her second career major victory at the Evian Championship on July 24.

Her 12 professional victories are the most by any Canadian golfer.