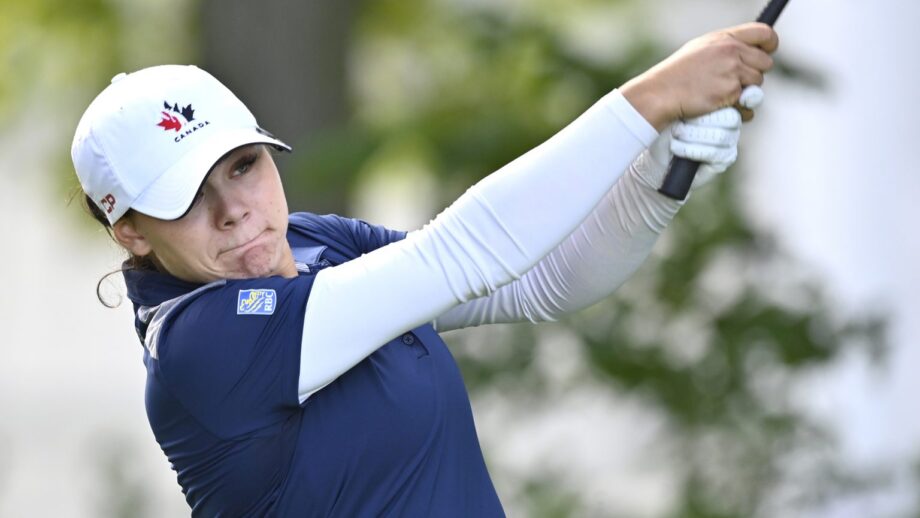 Canada’s Brigitte Thibault is ready to take the next step in her career.

The product of Rosemere, Que., said on Wednesday that she plans to turn professional sometime this summer after a successful career as an elite amateur, competing in the NCAA and representing Canada internationally.

“Next will be half pro events this summer, half amateur events,” said Thibault after competing in her last tournament with the Texas Longhorns. “Just making sure I get in the best field I can to challenge myself as much as possible.

“We’ll be turning pro this summer for sure but right now we’re just going with the flow and see how things go.”

Thibault said that she intends to turn professional either before the LPGA’s Q School or the CP Women’s Open, both of which will be held in late August.

She moved from Fresno State to the University of Texas at Austin for her fifth and final year of eligibility as a graduate student. Her best result as a Longhorn was tying for 14th at the Bruzzy. She also helped the Texas Women’s Golf squad to a one-over-par 289 on Monday to close out the season in 13th-place at the NCAA Championship.

“I think it hasn’t sunk in yet to be honest,” said Thibault of her collegiate career coming to an end. “I was just with my teammates today and reminiscing on all of the years.

“I’m at a loss for words, I’m just super grateful for all the years, all the learning experiences, and it’s just a lot of emotions altogether.”

Thibault said her next event will still be an amateur tournament, either the British Women’s Amateur Championship at Hunstanton Golf Club in Norfolk, England, on June 20-25 or the Porter Cup at the Niagara Falls Country Club in Lewiston, N.Y., on July 13-16.

LPGA TOUR _ Maude-Aimee Leblanc of Sherbrooke, Que., was paired with Jeongeun Lee6 at the Bank of Hope LPGA Match-Play in Las Vegas. The event at Shadow Creek Golf Course will have three days of round-robin play and then the knockout round.

EPSON TOUR _ Maddie Szeryk of London, Ont., and Selena Costabile of Thornhill, Ont., will tee off on Friday in the Inova Mission Inn Resort and Club Championship in Howey-In-The-Hills, Fla. Costabile is 66th on the Epson Tour’s money list and Szeryk is 148th.

CP WOMEN’S OPEN _ The Ottawa Hunt and Golf Club, host of this summer’s CP Women’s Open, posted on Sunday that its course was severely damaged by a severe storm that swept through the area over the weekend. The club shared photos of several uprooted trees in an Instagram post announcing that the club would be closed until further notice.

PGA TOUR _ Nick Taylor of Abbotsford, B.C., and Adam Svensson of Surrey, B.C., are the only Canadians in this week’s Charles Schwab Challenge at Colonial Country Club in Fort Worth, Texas. Taylor enters play this week 112th in the FedEx Cup rankings and Svensson is 126th.

KORN FERRY TOUR _ Toronto’s Albin Choi leads the Canadian contingent into this week’s NV5 Invitational at the Glen Club Golf Course in Glenview, Il. He’ll be joined by David Hearn of Brantford, Ont., and Ben Silverman of Thornhill, Ont. Choi is ranked 89th on the second-tier tour, Hearn is 117th and Silverman is 190th.