Baker Extends her Lead for the Junior Girls while Dao Vaults into the Junior Boys Lead at the Future Links, driven by Acura, Atlantic Championship 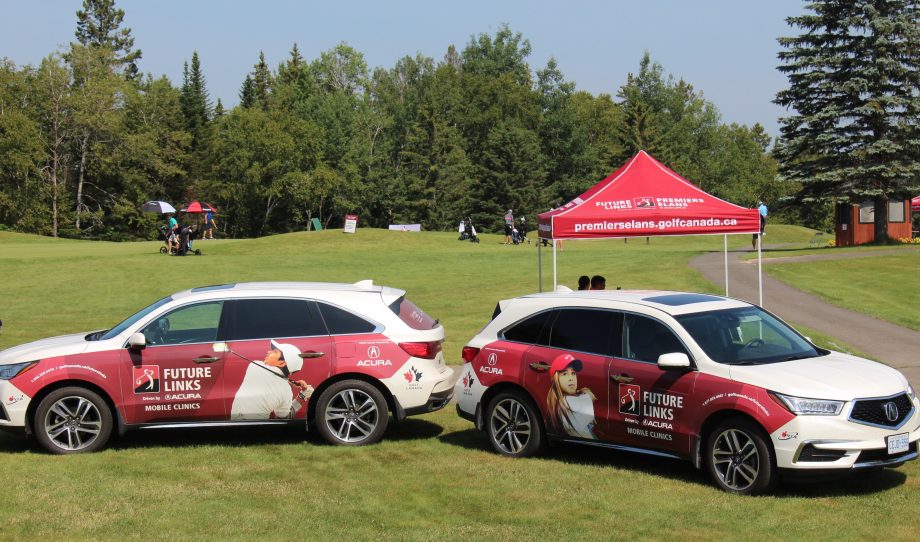 Thunderstorms and rain were expected through the day, but the weather gods were looking out for the junior golfers today at the Future Links, driven by Acura, Atlantic Championship at the Covered Bridge Golf & Country Club in Hartland. Only a few sprinkles fell on the golfers for a short time so play was uninterrupted.

Haley Baker not only held on to her overnight lead but lengthened it after round two. Baker, a product of the Nova Scotia Development Team and Ashburn Golf Club member, fired an even par 72 on the day. Even though she started and ended the front nine with bogeys, her birdies on holes #3 and #7 gave her an even par 36. She matched that total on the back nine with 7 pars, a birdie on #13 and a lone bogey on #14 to shoot her 72 and 146 2-day total. Haley’s sister, Abby, has a hold on second place as her matching 39’s on each nine gave her a 78 on the day leaving her 8 shots back at 155. Isabelle Ferguson, Heather McLean and Julie Gauvin, are tied in third spot at 12-over par and 1 shot back of Abby Baker. Ferguson, who has travelled here from Ottawa, and Gauvin from Dieppe both shot a 79 today to go with their 77’s from yesterday for their 156 totals. McLean who hails from Port Williams reversed those numbers, shooting a 79 yesterday and a 77 today.

The final round starts tomorrow at 7am with the Junior Boys leaders teeing off in the last few groups between 11:20am – 11:40 am. The final 2 groups of girls will tee off at 10:40 and 10:50 am. The day is set up for an exciting finish to this great tournament. The Covered Bridge Golf & Country Club is a wonderful host to this tournament and the players are enjoying the course.