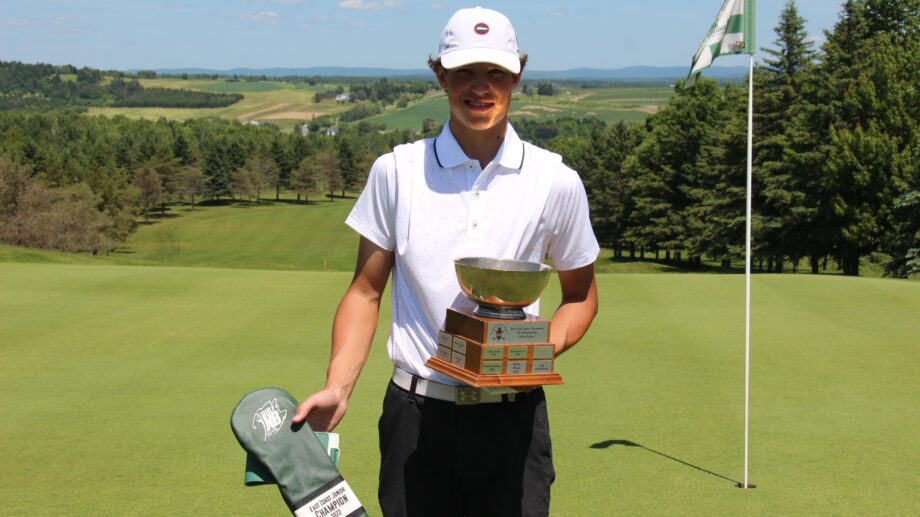 Julien Babineau who represents the Fox Creek Golf Club entered the day with a one-shot lead over Cameron Friars of the Riverside Country Club and was able to keep it consistent during his second round carding only one bogey, and submitting a score of 2-under par, 70, both days. Babineau ended his tournament with a commanding 5-shot lead over runner-up Simon Mullen of the Truro Golf Club. Julien took home the crown for the Dormie Par-3 Challenge as well, firing a combined score of 2-under par.

On the Under-19 Girls’ side, it was a shootout between Callie Taylor, and Addison McClune both representing the Riverside Country Club. Both ladies had a very close and consistent 2-day event as Callie carded a total score of twelve-over par, 156 (81-75), and Addison, who scored an identical total of twelve-over par, 156 (82-74). The pair went on to play a 3-hole playoff where Callie outlasted Addison to take the U19 crown. Callie was also crowned in the Dormie Par-3 challenge with a total score of 4-over par on the par-3 holes. Both Callie and Julien were gifted a beautiful Dormie yardage book for their accomplishments.

Finally, it was Caleb LeBlanc of the Fox Creek Golf Club who took home the Under-15 Boys Championship. Caleb finished his event with a combined score of 7-over par, 151 (75-76), giving him a 3-shot victory over Elliott Mullen of the Truro Golf Club.

After two years of anticipation, the Covered Bridge Golf & Country Club served as gracious hosts once again for the East Coast Junior Championship as players were greeted with a world-class venue in pristine condition.