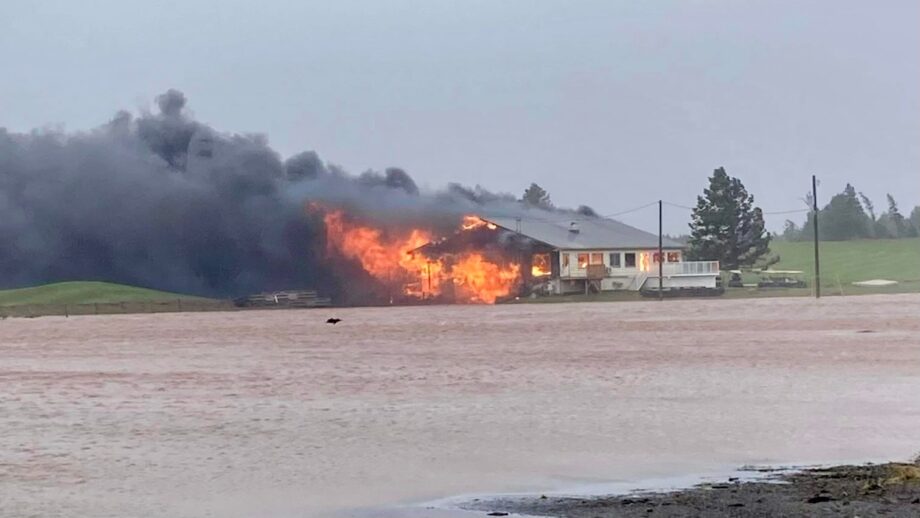 Golf is all about community – friends, family, your local club or course. Everything is connected. It’s part of what makes this game so great.

The Canadian golf community was struck a blow this weekend as tropical storm Fiona impacted in the Atlantic provinces with wind speeds up to 177 km/h and sustained winds of over 100 km/h blowing for up to 10 hours in parts of the Maritimes.

Canada’s Prime Minister, Justin Trudeau, said the army would be deployed to help with clean-up efforts.

“This is hands down the most terrifying thing I’ve ever seen in my life,” journalist Rene Roy told the CBC.

“It looks like a bomb went off,” Newfoundland resident David Harvey told the National Post while working with displaced residents at a local Salvation Army.

Nine people are estimated to have died due to the storm, with nearly 13,000 people displaced, and at least 20 buildings destroyed.

One of those buildings was the clubhouse of the Stanhope Golf and Country Club in Charlottetown, P.E.I. It burned down Sept. 24, and the golf course will likely be closed for the balance of the season as there was significant damage there, too.

“This is a real loss for the community. It’s a community club,” said Merlin Affleck, the club’s head professional. “It’s just devastating.”

Plenty of other courses in Eastern Canada escaped from the wrath of the storm relatively unscathed including Cabot Cape Breton, and Digby Pines in western Nova Scotia took to social media to say they were “open as usual.”

Golf Prince Edward Island posted on Twitter on Sunday morning encouraging patience as turf crews assess and clean up any damages. The island is home to more than 25 courses and has long been a popular destination for tourists and Canadians alike to get feet on the fairway.

“Islanders are resilient, and we will get through this together,” the statement said.

After two summers of COVID-19 restrictions, golf in Atlantic Canada was opening its doors at an impressive clip before Fiona made landfall. If there was a silver lining to the time of the storm, the 2022 golf season is much closer to its conclusion than its beginning, and there will hopefully be enough time to get things settled and sorted before shutting things down for the winter.

Ryan Logan, Director of Golf Services at Golf Canada, says it’s no surprise to see the golf community in Eastern Canada band together.

While golf courses in Canada are just starting to exit from the restrictions of the COVID-19 pandemic – a situation that bonded golf courses unlike ever before – the clubs in eastern Canada will now need to come together again to get things back to relative normalcy before the end of the 2022 season.

“We’ve seen great strength and heard great stories of community support already,” says Logan. “This was a catastrophic environmental event and Golf Canada knows the staff at impacted clubs will bind together and hopefully be able to come out stronger on the other side.”