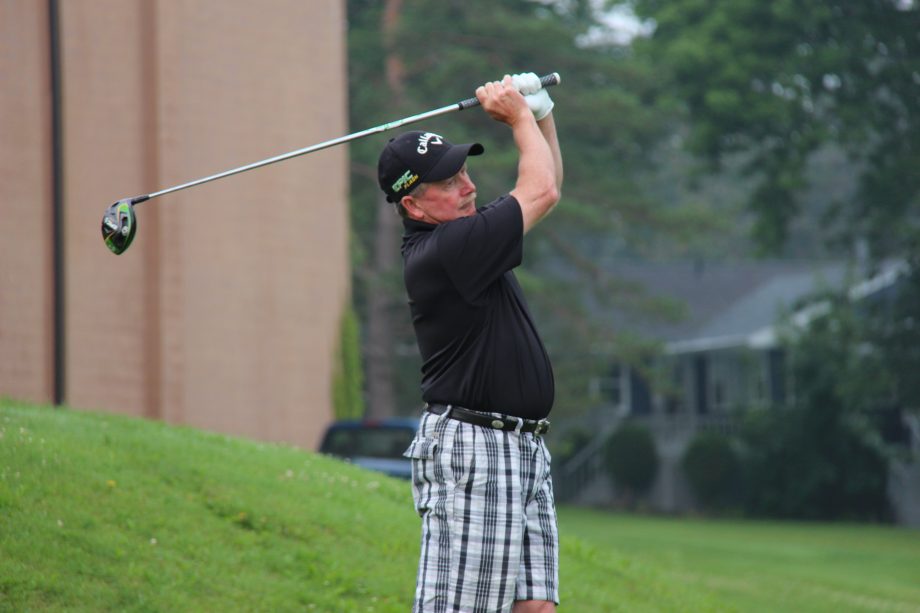 FREDERICTON, NB: Players were greeted by a muggy and hazy morning at the Fredericton Golf Club for the start of round 2 of the NB Men’s Senior & Mid-Master Championships. After a month’s worth of rain over the last few days, the course would prove to be a true challenge for the 138 player field.

Leaders in the Men’s Senior Championship were first to the tee on Tuesday, led by Ashburn’s Paul Batchelor and Golf Canada Member, Richard York at 7:00 AM.

Hampton’s Darren Ritchie would go off for the low round of the day in the Senior Championship. A firey 4-under, 66 would push him to the top of the championship leaderboard alongside Richard York and Mike Jeffrey of Fox Creek. The trio all sit at 2-over par, thru 36 holes, and will make up the last pairing in Wednesday’s final round.

The host club’s Mark Francoeur posted a notable 2-under, 68 during round two which sees him move up 27 places to T10 heading into Wednesday. Mark joins leader, Darren Ritchie as the only two players to break par on Tuesday.

Leading the charge in the Super-Senior Championship is Ashburn’s Paul Batchelor. A second round, 4-over, 74 paired with his opening start of 1-over, 71 gives the Bedford resident a three-shot lead ahead of Fredericton’s Sonny Phillips. Phillips sits in second place at 8-over par, followed closely by Fox Creek’s Jean LeBlanc at 9-over.

In the Mid-Master Championship, overnight leader, David Russell of The Riverside Country Club sees himself once again at the top of the leaderboard on Tuesday. A second round, 6-over, 76 puts the Quispamsis native at 4-over heading into Wednesday’s final round. Sitting 5 shots behind Russell are West Hills’ Tony MacKinnon and Sean Kee of Covered Bridge. Attempting to chase down the leaders on Wednesday will be Restigouche’s Darren MacPherson who sits at 10-over and Country Meadow’s Stuart Musgrave at 11-over.

The third and final round of the NB Men’s Senior & Mid-Master Championships begins on Wednesday, July 28th at 7:00 AM with the Mid-Master field leading the way, followed by the Seniors. To follow along with the action, use GGID: GOLFNBMID/SR.