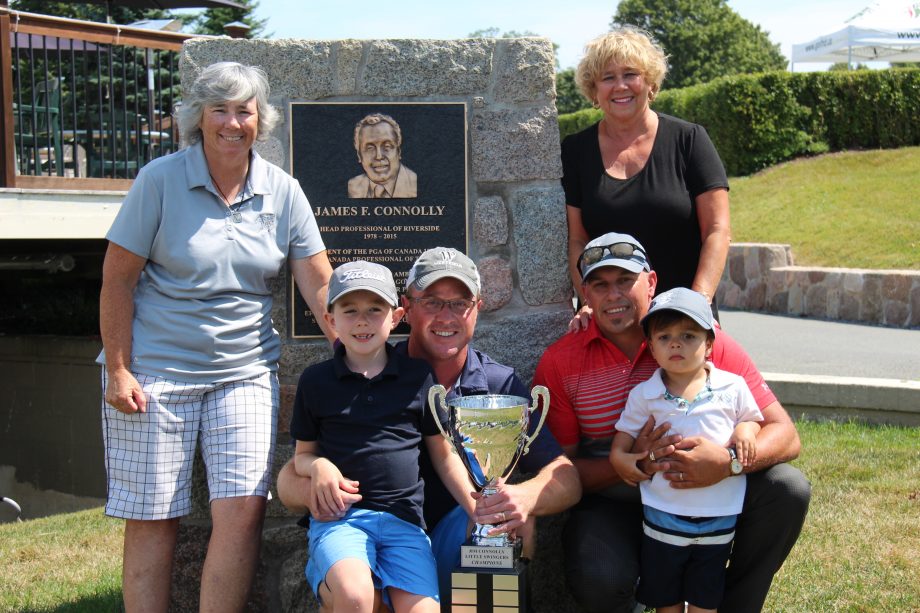 With the defending champions, Brett Wilson of the Fredericton Golf Club and Stephen Wilson of Sussex Golf & Curling Club unable to play this year, the Father/Son crown awaits a winner with a wide-open field filled with some past winners to keep things interesting. Mark and Jayme Shannon of Welsford return to the field after falling short of claiming the championship after a three-hole aggregate playoff against Brett & Stephen Wilson. Also returning to the field are Felipe D. & Felipe K. Marin of The Riverside who hope to use their home course knowledge to claim the 2018 NB Family Classic Championship, however they will have to battle a tough field as Darren & Nicholas Ritchie of Hampton return looking to improve on their T-4 performance in last year’s event.

With the absence of four-time Father/Daughter Champions Greg and Laura Jones from Country Meadows in this year’s event, there is an opportunity for a new champion to claim the crown.  Favorites in this year’s event include Country Meadow’s builder and owner, Doug Sullivan and his daughter Sue who finished T-3 in 2017 along with Tracy Gallant of The Riverside and Ed Moore of Kingswood who look to improve on their 2nd place performance in 2017.

The Mother/Son Division will feature 2017 Champions Lois and Greg Stewart of The Riverside Country Club. Returning to the field are four-time Mother/Son Champions Debbie and Steve McLaughlin of the Moncton Golf & Country Club who look to re-claim their title after finishing in 2nd place and three strokes back in last year’s event.

The Mother/Daughter pair of Kathy & Kathryn Meagher of the Fredericton Golf Club will once again return to the field looking to capture their 11th NB Family Classic Mother/Daughter Championship. However, it will not be an easy task as Barb and Allison Chisholm of The Riverside will enter this year’s event looking to continue their competitive play with the Meagher’s as the two look to duke it out for the crown once again. Joining the field in this year’s event is Mona Meldrum of Sackville and Sara Youngner of South Carolina who will be looking to leave their mark at this year’s event.

The Adult/ Junior Division will feature The Riverside Country Club’s John Elliot who paired with Liam Marin this year. Each year him and Felipe Marin alternate which Marin boy each will play with. The duo will be looking to claim their second consecutive championship, third total.

This year’s event looks to have no shortage of competition within each division which should make for an exciting and fun day of golf at The Riverside Country Club. The event will begin with registration starting at 8:00 am followed by the Little Swingers clinic at 8:15 and tee time beginning at 9:00. Following the round, a meal will be provided for all the players.